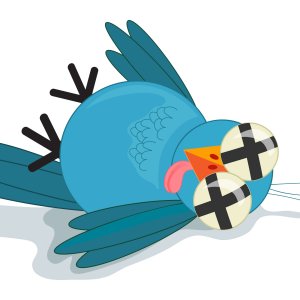 According to one Twitter expert, I was told I had too few followers to be a legitimate social media marketer. To be viewed as an expert, I had to post eight times a day and retweet just as often to get a respectable following. That advice made me feel inadequate and wondering if she could be right.

Maybe she was right and I was missing the mark with Twitter. That same Twitter expert, who was also my client, was launching a crowdfunding project for a book she had written and wanted to publish.

“How will you get people involved in your project?” I asked. What does she know that I don’t, I wondered. “I have 8,000+ followers! They know me and they know about my book, they want to support me. They are just waiting for me to launch.”

Yes, but how will they be engaged in your project? What will you tell them in 140 characters that will get them to write you a check? “I see your point,” was her response.

Start your conversation at the beginning

We began her crowdfunding project with an email campaign that was to include a minimum of seven emails. Research shows it takes a minimum of seven touch points — a trust building campaign — to establish the goal and create a purchase path for donors.

The first email introduced the concept of crowdfunding and how it would help her produce the book. It also included an introduction to the book to get her community involved in the suspense her book promised. The second email introduced Pubslush the book publishing and crowdfunding platform she chose to promote the project and collect the money.

The next email included the second installment of the book to entice people to follow along and get hooked on the story while supporting someone fulfilling their dream.

Unfortunately, my client insisted people knew about her book, wanted to support her effort to publish, and knew what crowdfunding was so she didn’t continue to follow the editorial calendar I had suggested.

The campaign fell apart but she was able to collect $3,750 of the $10,000 she had set as the goal. When the Pubslush campaign ended, I suggested sending a thank you email to all who had been following along even if they had not donated. Some sent checks after the program ended which surprised her but not me.

Had she followed the strategic editorial content, she could have made the case for how successful crowdfunding projects lead to successful book publishing. Unfortunately, her audience never had the chance to fully understand crowdfunding and the project as a whole.

Despite not meeting her goal, the book now has a following which is extremely helpful when approaching a publisher.

Weeks after the campaign ended, I asked
“how much of the donations came from your
8,000+ Twitter followers?”

Crowdfunding is the practice of funding a project or venture by raising monetary contributions from a large number of people, today often performed via internet-mediated registries, but the concept can also be executed through mail-order subscriptions, benefit events, and other methods.

Crowdfunding is a form of alternative finance, which has emerged outside of the traditional financial system.

The crowdfunding model is based on three types of actors: the project initiator who proposes the idea and/or project to be funded; individuals or groups who support the idea; and a moderating organization (the “platform”) that brings the parties together to launch the idea.

In 2013, over US $5.1 billion was raised via crowdfunding worldwide.

From Wikipedia, the free encyclopedia

Join Our Community!
For Email Newsletters you can trust.